Two of my oldest and dearest friends are coming to see me before christmas for as long as I can manage that day. I’m trying my hardest to curb the impulse to clean all the things and cook up a storm like I normally would. Yes, I tended to go all out when people came over. I haven’t seen them face to face for a long long time, and I would love to be the bestest hostess ever when I do (I do know they are coming to see me and not to judge my hostess skills. Really.).

Weeks in advance and I’m already stressed out, mostly because I’ve missed them a lot and want to show that by giving them everything I can. I’m trying to think of something really simple to serve them that won’t take much prep and I can do the day before. My mom is coming in to clean for me. I’ll shower the day before, and then someone should really sit on me so I don’t get up to do “stuff”.

My fantastic uncle helped me out with getting the last of the trash from this winters building project taken away, and it’s finally usable again. He generously hired a firm to come get it so that he wouldn’t have to do it himself. 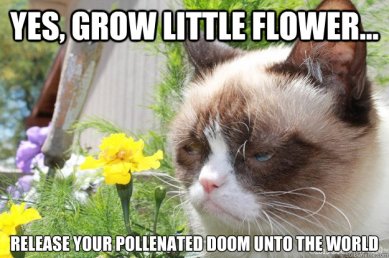 My mum is coming in to clean it this week, and plant something in my balcony boxes and when my comfy chairs are in place I’ll be ready to stay out there. She also has the idea to hang bamboo roller blinds on each side so I can manage to stay out there even when the sun is to strong for me. So if you see a woman with ear protection and sunglasses hiding behind a roller blind trying to water some plants this summer it might just be me. Fingers crossed for a stable sort of summer – not to hot or cold – with just the right amount of humidity.

2015 has been a very strange year for me. I had a massive flare up of ME/Cfs in march after being fairly well for several years and has been on sick leave ever since.  This time as it has before it was triggered by a sequence of infections, but unlike before I haven’t recuperated enough to go back to work even part time. I just count myself lucky that I didn’t end up in the severe category, and in need of home care. I am mostly stuck at home, but I manage the day to day stuff on my own.

Now I’m nothing if not stubborn, so I started preparing for the renovation being home all the time anyway. Now that might not be the smartest thing ever. I was trying to get things in order, but six months later and I think most people would think that I had done nothing.

In October my brain decided to rebel, and gave me what is apparently a second brain haemorrhage. I don’t know when I had the first one, it must have been really small as I can’t recall any extra symptoms. I’m really grateful that things went so well, I have some problems with my eyes and short term memory but other than that I’m doing pretty good. New glasses has fixed the worst of the vision problems.

This led to the renovation project of course. I don’t think it was ideal to start something like that when I was recuperating, but it really needed to be done and I got to spend Christmas in my new home. It’s almost finished. There are some details left but I’m in no hurry now.

2016 will start with massive follow ups to my health issues. I’m having a new MRI scan in the first week of January, and then the neurosurgeons will decide if I need an operation. I had to come off some of my meds that increased the risk of haemorrhaging, and they have obviously masked some problems I have with my joints that needs looking at.

I do have one resolution for 2016: I want to live as well as I can do, and I want everyone else to do the same. You don’t know how long you have to do the things you love and be with the people you love, and that is the most important thing. I’m going to try some new things next year, and maybe I’ll love them as much as the old things I’m no longer able to do.

You know planning involving any kind of builders and contractors should come with a massive warning label. I actually know this, but I was really hoping that I could be the exception to the rule. I’ve only had one of the contractors through the door as of yet, and he was of all things a day early. 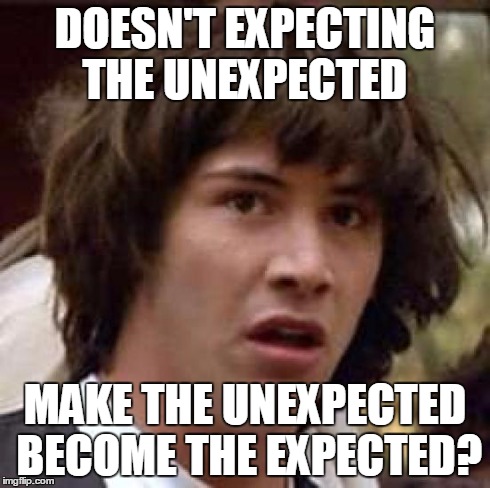 Two of the others actually contacted me with proper excuses for why they had problems coming, and they are hopefully coming in today to give me quotes. The last one didn’t bother to call when he was late, and sent me an bullshit e-mail long after he was supposed to be there so I’m not gonna bother with him any more.

I’m lying on my mothers couch at the moment just basking in tidiness and quiet. She gets to help out with demolition in my apartment and doing one of her favourite things: going to our local dump/recycling centre. Yeah I don’t get it either.

I’m exhausted. I’m really exhausted. Right now I’m waiting for the first of four contractors to come and view my apartment so that I can get some quotes, but I just want to pick one at random and be done with it.

The thing is, this last week has been incredibly productive. I always knew that if a healthy person tried to do what needed to be done that it would be done in a few days. My mother just proved that by packing all my stuff up and taking away things for charity and recycling in just a few days. I’m supposed to do the “paper work”: getting a contractor, organising demolition and getting rid of the large pieces like my old couch and the dishwasher.

It’s all done. Someone is coming to get the dishwasher today, and someone else the couch tomorrow. The demolition is scheduled for tomorrow morning, and as I said four contractors are coming today and tomorrow. But it really is a bit to much for me. I keep telling myself that it’s just one more day, and then I have a few days off. Can it be thursday already?

My body decided to stage a major uprising against me the last few months, and any progress in getting things done came to a screeching halt. Sitting in this mess didn’t exactly help my health.

I have a major problem with asking for help. This is normal i guess, but when you are ill it kind of cumulates in that you don’t want others to have to pick up the slack for you. Cue Monday 27th of October and me sitting down on my computer playing a game. All of a sudden my vision started rolling in two different directions. I called my mom telling her what was happening, and that we would have to cancel plans we had that day. She told me in no uncertain words to call the damn ambulance RIGHT NOW, and as we all know you listen to your mom when she gets that tone of voice if you are five or forty-one.

I think the ambulance was here in five minutes, so was my mother. They rushed me to the hospital. I didn’t really realize until I got there that they thought I had a stroke. Anyway, I spent a week in hospital and the result was a minor brain haemorrhage, and a malformation in my brain stem that is probably something I was born with. I’m doing pretty well – I have a few minor issues, but all in all have been pretty lucky in how it all played out.

Getting back on topic. My mom coming in and having to do things for me made her realize how bad things have gotten. She has appointed herself building foreman, and is roping in the help I need to get the work done. The living room and kitchen is almost empty. There is someone coming on Wednesday to do the demolition needed. I have ordered my new kitchen, and I have a few builders coming to give me estimates next week. When the building work starts, I’m staying with my mother and she will be here with the contractor.

Right now I’m sitting in a bedroom that is nice, clean and tidy and liveable. I’m gonna stay here til I the next time I have to move wich is hopefully never.

Frk. Johansen lives in Norway. She says a lot stuff of varying quality, and sometimes uses bad words so if that is something you have problems with this blog might not be for you. English is Frk. Johansens second language, and is probably a mixture of British-English spelling, American-English grammar and a healthy (or not) dose of Norwenglish